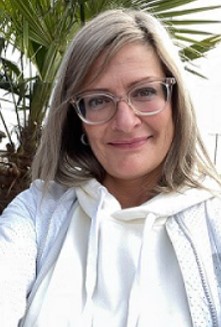 The Nanaimo RCMP is asking for the public’s assistance in locating 45-year-old Laura Huebner.

On April 29, 2022, Huebner’s family reported her missing to the Sidney RCMP. Police in Sidney confirmed that Huebner was last seen at the Victoria International airport on Sunday April 24, 2022, after arriving on a flight from Saskatchewan. Sometime later that same day, she is believed to have travelled to Nanaimo, arriving on or about Sunday April 24th. Since then, there have been no other confirmed sightings of her. As a result, her family is concerned for her safety and well-being. The missing persons investigation that was opened by the Sidney RCMP has now been turned over to the Nanaimo RCMP.

Huebner is a Caucasian woman, 5 ft. 8 in. 140 pounds and the picture provided is recent. Heubner was last seen wearing a white jacket, white hoodie and blue jeans. If anyone has information on the whereabouts of Laura Huebner, please call the Nanaimo RCMP non-emergency line at 250-754-2345, and quote file # 2022-14432.