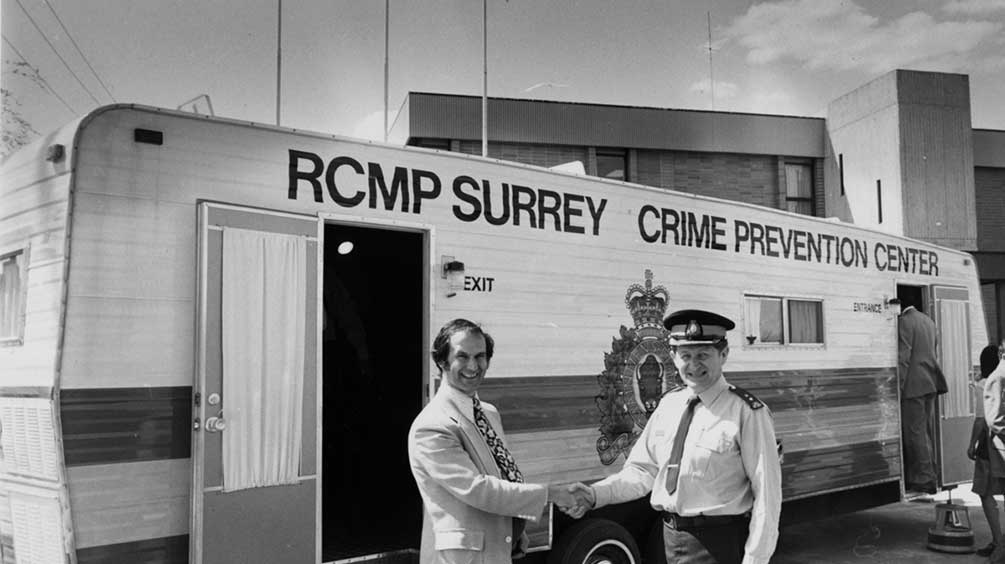 In 1950 Surrey Council voted to hand over policing duties from the Surrey Municipal Police Department to the RCMP. Fifteen RCMP constables began patrolling the city on May 1, 1951. The first detachment was located in the old city hall building in Cloverdale and many of the first Surrey RCMP officers spent their first year bunking at an old post office due to a lack of accommodation options.

With considerable population growth and urban densification the city and policing in Surrey has changed dramatically since 1951. In 1990, the Main Detachment moved into its current location at 14355 57 Avenue. In addition, five district offices are spread across the city, delivering community policing and crime prevention programs.

The Surrey RCMP is currently the largest detachment in Canada – with over 1,000 officers, support staff and volunteers.