Surrey RCMP is sharing the results of a search warrant stemming from a long-term proactive investigation into firearms trafficking.

PTEP targets are people who are identified as individuals or groups that pose a risk to public safety, either through their behavior or links to organized crime. The suspect in this investigation does not have any known gang ties, however poses a risk to public safety though their proliferation of easily accessible prohibited firearms and ammunition.

The investigation revealed that the suspect was selling firearms and demonstrated no discretion when it came to whom the firearms were sold to.

On December 1, 2022, Surrey RCMP Units with the assistance of the Lower Mainland Integrated Emergency Response Team and the National Weapons Enforcement Support Team (NWEST) executed a search warrant on a business located in the 1300-block of Ketch Court in Coquitlam, BC.

A search of the warehouse resulted in the seizure of multiple items related to firearms trafficking, including: 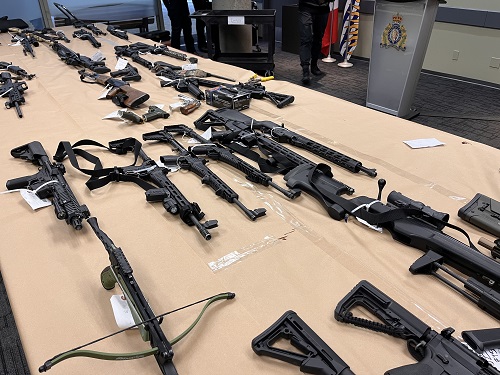 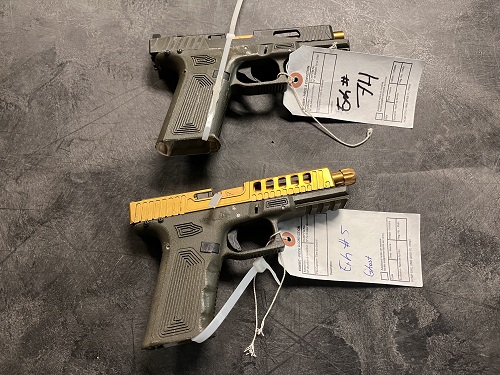 A 42 year-old man was arrested and later released pending further investigation. The investigation is ongoing with many additional crucial steps required prior to submission to BC Prosecution Service for charge approval.

Firearms trafficking places illegal firearms in the hands of criminals, who use them to commit brazen acts of violence, which we have recently seen across the region, says Surrey RCMP proactive enforcement officer Inspector Ryan Element. Although these firearms were seized in Coquitlam, they had the potential to be sold and used to carry out acts of violence in any one of our communities. Seizures of this nature directly impact all of our safety.