A guitar that was stolen in 2007 has been recovered 15 years later.

In July 2007, Surrey RCMP officers responded to a break and enter of a storage locker where multiple guitars were stolen. The complainant, a country music Musician and Promoter Mitch Merrett, reported that 14 of his guitars were stolen from the storage locker, some having significant sentimental value. At the time, the guitars were valued at approximately $25,000. Cpl. Keay was able to recover three guitars at the time and two more were recovered by Ridge Meadows RCMP and Vancouver Police.

On July 6, 2022, Merrett called Cpl. Keay, stating he believed he found one of his guitars listed for sale online at a Pawn Shop in Vancouver. Surrey RCMP Community Response Unit attended the pawnshop the next morning, where they confirmed the guitar to be one of Merrett’s, and seized the guitar. The guitar was then returned to Merrett by Cpl. Keay and Sgt. McDonnell.

This guitar was of significant sentimental value to him as it was a gift from his father. It is like getting a piece of my soul back, said Merrett.

Merrett never gave up hope of finding his guitars, and through great work by himself by continuing to look for advertisements, retaining his receipt for the purchase, keeping the certificate of authenticity, and even the email correspondence between himself and Cpl. Keay from 2007, made the ability to retrieve this guitar seamless. 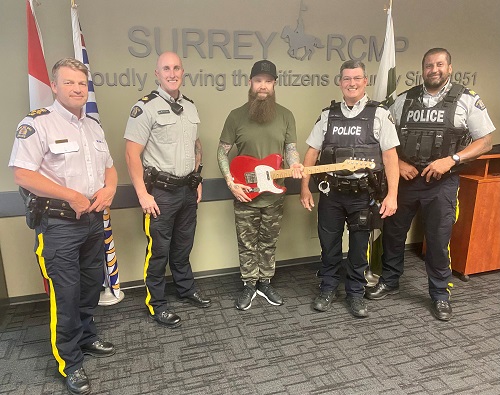 Merrett has several guitars that are still outstanding. You may have purchased one of these guitars without realizing it was stolen. If you think you have one, contact the Surrey RCMP, and we can check to determine if it is stolen or not. 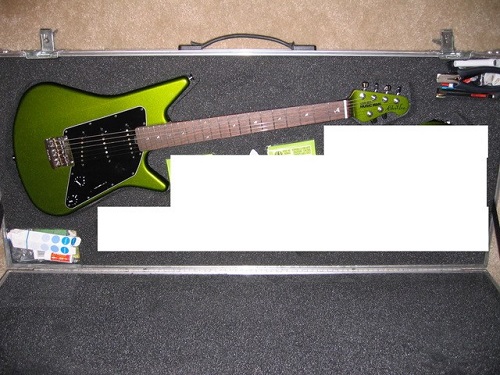