The Surrey RCMP Community Response Unit (CRU) seized a modified rifle and ammunition during a vehicle stop, in Guildford.

During targeted enforcement on December 10, 2020 at approximately 7:30 p.m., with the assistance of the Integrated Police Dog Services and RCMP Air One, Surrey RCMP CRU safely contained a vehicle that had previously fled from police, near 160 Avenue and Fraser Highway.

As officers closed-in on the vehicle, the male driver fled. A short foot pursuit ensued and the man was quickly arrested nearby. The man is known to police and was arrested for multiple outstanding arrest warrants related to fraud and personation offences committed in Ridge Meadows, Coquitlam, Delta and Mission. The passenger of the vehicle, a woman, was also detained.

As the investigation progressed, the vehicle was searched and officers located a modified rifle and ammunition. 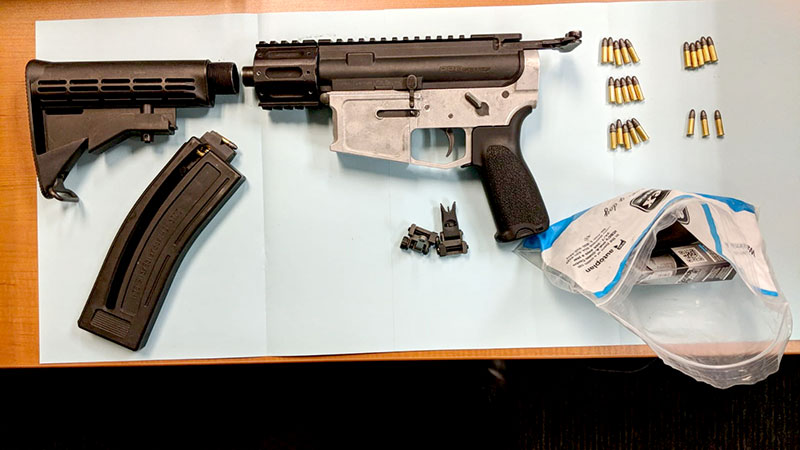 The woman was released pending further investigation, the man was held in custody in relation to his arrest warrants. The investigation is ongoing as officers gather further evidence related to the firearm seizure.

The coordination between the RCMP Air One crew and our officers on the ground enabled us to make this arrest at a lower risk to the public, says Sergeant Roger Green of the Surrey RCMP Community Response Unit. We are grateful for the continued support of our integrated teams who are key players in our targeted enforcement strategy.