Surrey RCMP have seized a significant amount of drugs, cash and a vehicle, after a traffic stop and foot chase in Whalley.

On November 3, 2020, Surrey RCMP’s Community Response Unit (CRU) officers were conducting a pro-active patrol when they observed a suspicious vehicle in the 9700-block of 137 Street. As officers approached to conduct a traffic stop, a man exited, and ran from the vehicle. The vehicle then fled the area.

Several officers pursued the man on foot while others continued to patrol in an effort to re-locate the suspect vehicle. During the foot pursuit, the suspect crossed a pedestrian bridge and was observed throwing a bag into a ravine below.

The man attempted to evade police by hiding in a creek of water up to his neck, but he was tracked down and arrested with the assistance of the Lower Mainland Integrated Police Dog Service. Officers recovered the bag from the ravine and a large quantity of drugs was allegedly located inside.

While one team of officers worked to arrest the man, a second team located and stopped the suspect vehicle shortly after it had fled, in the 10900-block of 143A Street. During the traffic stop, officers observed items consistent with drug trafficking. A man and woman were arrested and the vehicle was seized.

All three parties were arrested for possession for the purpose of trafficking a controlled substance. Charges have not yet been laid and the investigation remains ongoing.

As a result of this investigation police located and seized, $2170 in cash and a quantity of suspected illicit drugs including: 75.80 grams of cocaine, 70.98 grams of methamphetamine, 114 grams of fentanyl, 20.08 grams of crack cocaine and 140 grams of heroin. The seized vehicle is a 2005 BMW SUV X5. 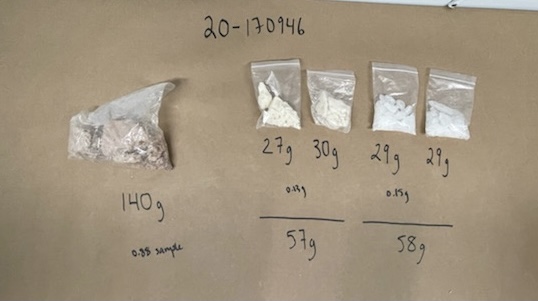 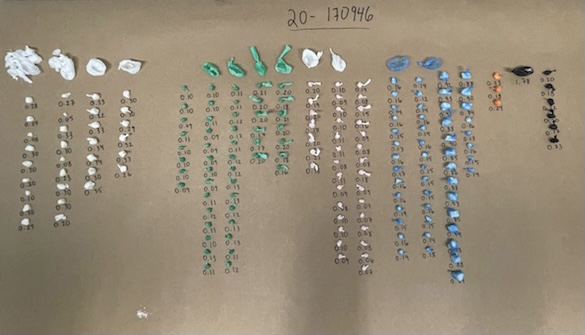 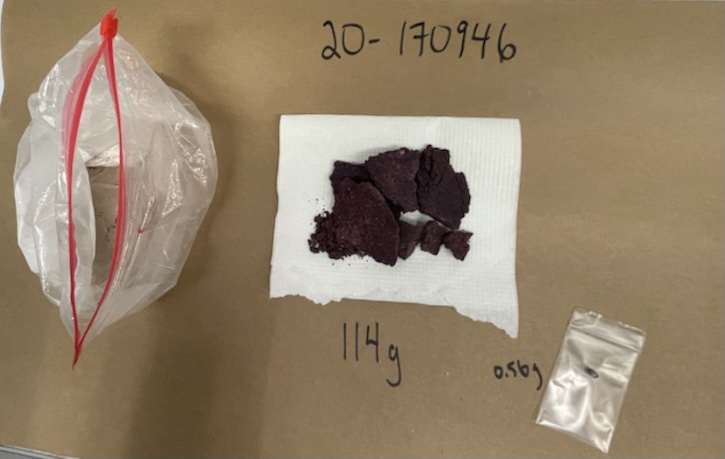 These arrests demonstrate how well our officers and integrated teams work together to keep our community safe, says Roger Green, Sergeant of the Community Response Unit. Police dog Hannie did a great job assisting our officers in this investigation, she was instrumental in making this arrest." 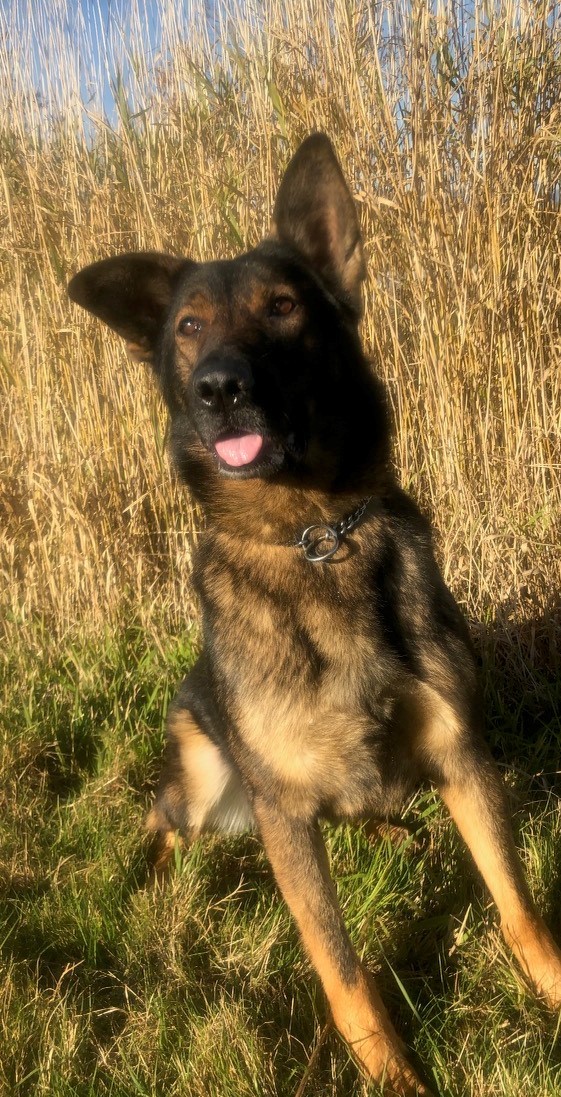