Multiple search warrants lead to seizures of drugs and firearms

Surrey RCMP is informing the public of three search warrants for residences that have led to seizures of drugs and firearms.

Two associated residences were searched, one in the 16300-block of 28 Avenue in South Surrey, and the second in the 7000-block of 131 Street in Newton. Four suspects were identified and released pending further investigation.

During the search of these residences, investigators seized: 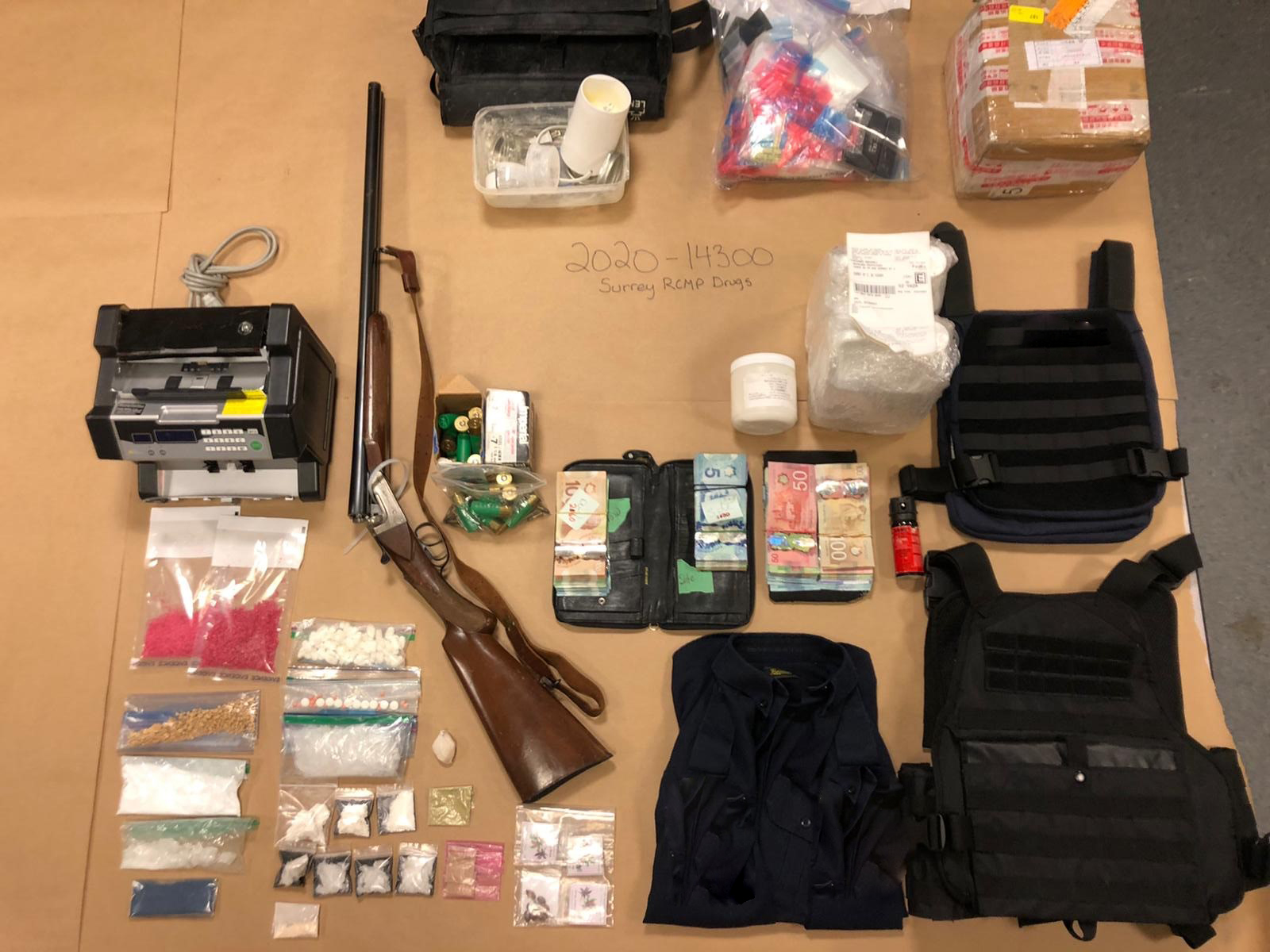 On the same day, investigators searched a third residence in the 12500-block of Pinewood Crescent as a part of an ongoing project targeting drug trafficking and property crime in the Whalley/City Centre area. Six further suspects were identified and released pending further investigation.

During this search, investigators seized: 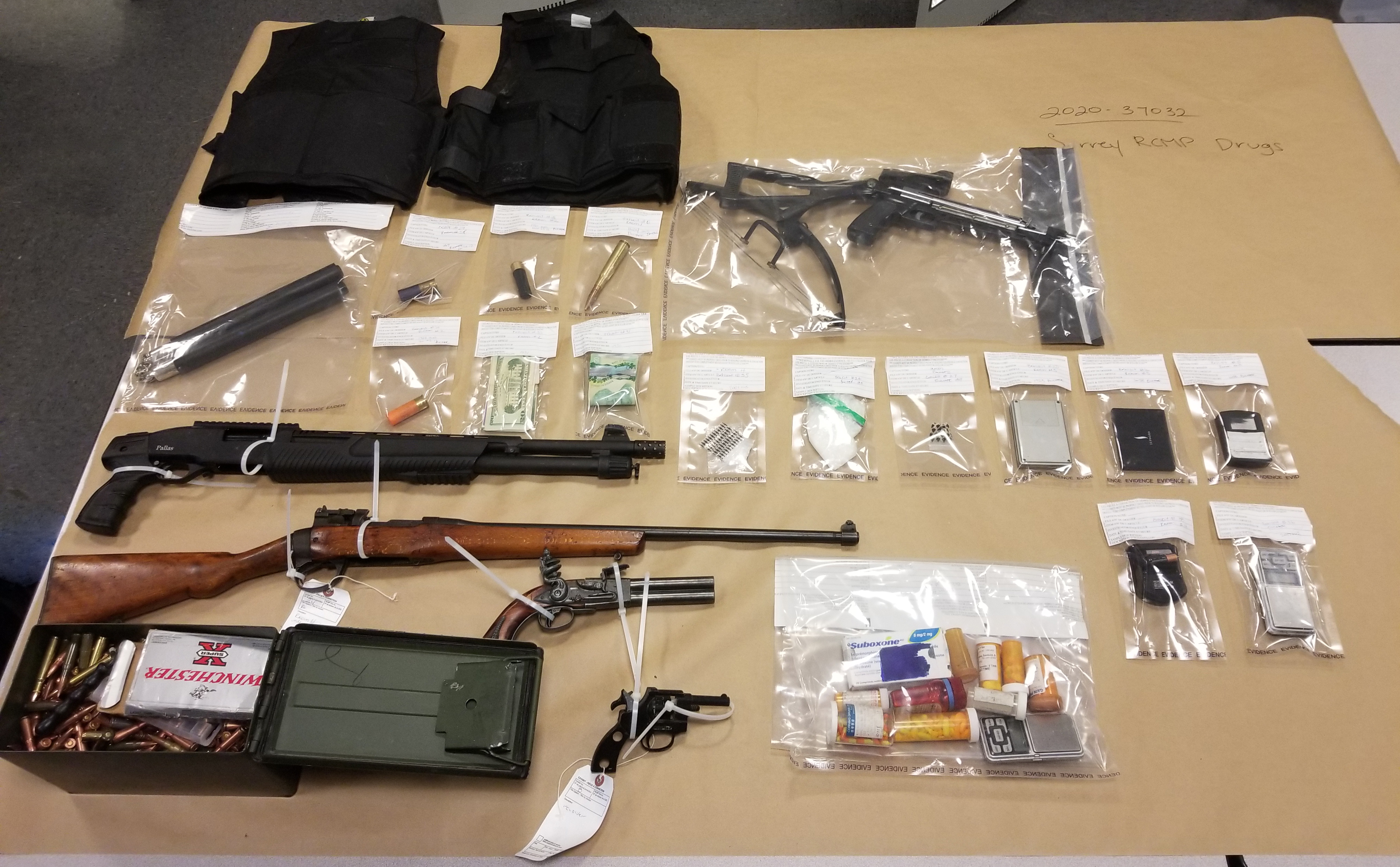 The illicit drug trade brings with it the possibility of violent acts within our community, says Staff Sergeant Glenn Atkins, Surrey RCMP. We acknowledge the invaluable role that information received from the public played in enabling these seizures, and encourage everyone to keep on reporting suspicious activity in their neighbourhood as we all have our responsibility when it comes to safety.