Burnaby RCMP is appealing for information in the 1990 disappearance of Alim Feasal Hasan, who was reported missing to Burnaby RCMP 32 years ago, on April 12, 1990.

Hasan, who lived in Alberta, had been visiting family in Burnaby prior to his disappearance. The then 25-year-old was last seen on March 21, 1990 when he was supposed to have boarded a Greyhound Bus departing from Vancouver, with plans to travel home to Edmonton.

But Alim Hasan never arrived at his destination, prompting his family to report him as missing. It is not known if he ever boarded the bus as planned.

More than three decades after Hasan was last seen, the investigation into his disappearance remains open with Burnaby RCMP’s Missing Persons Unit.

Today our investigators are appealing to the public in hopes that someone with information may come forward to police. We believe there may be people out there with information that could lead to some answers in this case and for Alim Hasan’s family, said Cpl. Mike Kalanj with Burnaby RCMP. It’s hoped this appeal may help jog someone’s memory and lead to a break in the case.

Burnaby RCMP is specifically hoping the appeal will reach people living in Hope, B.C., where some of Hasan’s belongings were found in April 1990, about two weeks after he was last seen.

A brown suitcase, later determined to be Hasan’s, was left outside the Hope RCMP detachment. The suitcase contained clothing, identification, and other personal belongings.

It’s believed the suitcase had been left at the detachment around April 6, 1990 but it is not known who dropped the suitcase off, or whether Alim Hasan had actually been in the area himself.

On May 3, 1990 an unconfirmed sighting was reported from someone who believed they spotted Hasan hitchhiking on Highway 97 near Kelowna.

The witness had seen an article in a newspaper about Hasan’s disappearance, but despite repeated efforts investigators were not able to find or speak with the witness after their initial call to police.

If that witness sees this, we would urge them to call Burnaby RCMP. That person may have valuable information that could help further this investigation, even though 32 years has passed since that phone call was made, Kalanj said.

When he was last seen by family he was wearing a red and black mackinaw style jacket. He may have also been carrying a sports bag. Hasan may have appeared disoriented and confused if he did not have access to his regular medication.

Anyone with information on Alim Feasal Hasan is asked to call Burnaby RCMP at 604-646-9999 please quote file number 1990-19972 or ask to speak to the Missing Persons Unit.

You can read more about this file here. 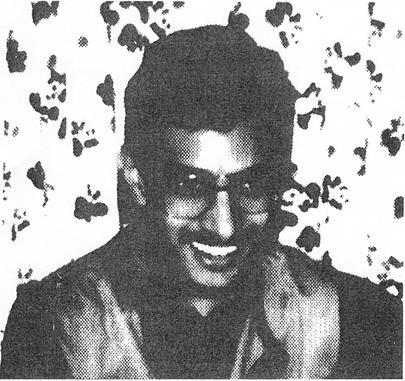