Human remains discovered on May 23, 2009 by US officials in Washington State San Juan County have now been positively identified as James Neufeld who disappeared in January 2009, last seen leaving his home in Penticton British Columbia. 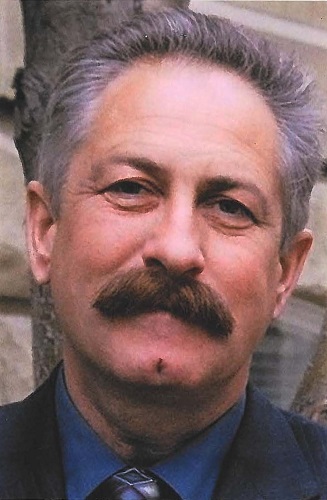 55-year-old Jim (James) Neufeld was last seen leaving his Penticton home on January 21, 2009. James was travelling in his green 1997 Plymouth Voyager passenger van, which was located under the Alexandria Bridge near the Fraser River on February 3, 2009 by Hope RCMP. His vehicle was examined by RCMP forensic specialists.

On May 23, 2009 the remains of a deceased man were pulled from the waters of the Salish Sea off of Parker Reef, about one half mile north of Orcas Island in San Juan County in Washington. The San Juan County Coroner took the remains to Snohomish County Medical Examiner for anthropologic and forensic studies. The remains were unidentified, despite efforts by US officials to trace a number on a metal plate to hospitals, pull a DNA profile from the deceased, and develop and sketch what he might have looked like.

In September 2020 another attempt to establish a DNA profile was successful. In partnership with the BC Coroners Service Special Identifications Unit the Snohomish County Medical Examiner’s Office was able to positively identify the remains as those belonging to James Neufeld.

At first I was confident we would find his identity and family right away, said Gaylord. He said his office was frustrated when the case went cold, but thankful that a fresh look by Jane Jorgensen at the Snohomish County Medical Examiner’s Office was successful. Ms. Jorgensen recognized that DNA record keeping has improved and it would be worthwhile to renew our search in Canada, said Mr. Gaylord. He added, The Salish Sea crosses political borders and when people are found near the boundary we enjoy the cooperation with the BC Coroners Service and RCMP.

The BC Coroners Special Investigations Unit, in working with our partners, both in BC, and south of the border is pleased to have been able to help bring closure to the family, helping them get answers to questions they have been seeking for more than a decade, said Eric Petit, Director of the Special Investigations Unit of the BC Coroners Service.

This case highlights not only the international, multi-agency cooperation that takes place between Canadian and US officials daily for cross border matters, but showcases the sheer dedication of our investigators in bringing answers to James Neufeld’s loved ones. We were comforted and humbled by James’ family, when we delivered the news in person, who believe this will bring hope to other families who continue to search for a loved one, states Supt. Ray Carfantan, Executive Assistant District Officer for the BC RCMP Southeast District.

The Southeast District RCMP employ a dedicated Missing Person Coordinator, a unique role in the province of BC, who has oversight of all missing person’s investigations in our district. This oversight ensures that consistent best practices are followed, the results of which are that missing persons investigations in this area are held to the highest possible standard of care, adds RCMP Supt. Carfantan.

The RCMP extends its condolences to the Neufeld family and asks the media to respect their privacy.

Cpl. Jesse O’Donaghey, BC RCMP Southeast District Media Relations Officer by email at jesse.odonaghey@rcmp-grc.gc.ca or by phone at 250-491-4317

Randall Gaylord, San Juan County Coroner at randallg@sanjuanco.com or by phone at 360-298-2800

BC Coroners Service Media relations by email at coronermedia@gov.bc.ca or by phone at 778-676-2703