Kimberley, This Is What We Do

When RCMP officers learned that one of Mrs. Watson’s hanging baskets had been stolen they were set on making it better. Mrs. Watson reported the theft to Kimberley RCMP on May 13 and Sgt Newel attended the call. While there Mrs. Watson passed on that she had received several hanging baskets from her children and grandchild as Mother's Day gifts. There were no suspects and area patrols for the basket were negative. Once back at the office the story was told to the staff and municipal employee Anne Davis suggested we take up a collection and buy her a new one. Members and office staff got on board and purchased a beautiful new hanging basket for Mrs. Watson. 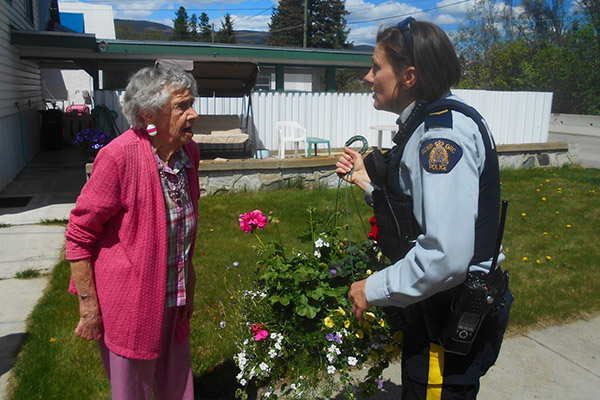 Mrs. Watson is 91 and has resided in the same house for over 65 years, each year she hangs five baskets along her car port. Members were also made aware that Mrs. Watson was an active member of the Kimberley Citizens on Patrol for eight years. She talked about staying out until 3:00 am to keep the community safe. She received awards and recognition for excellent service in 2000. 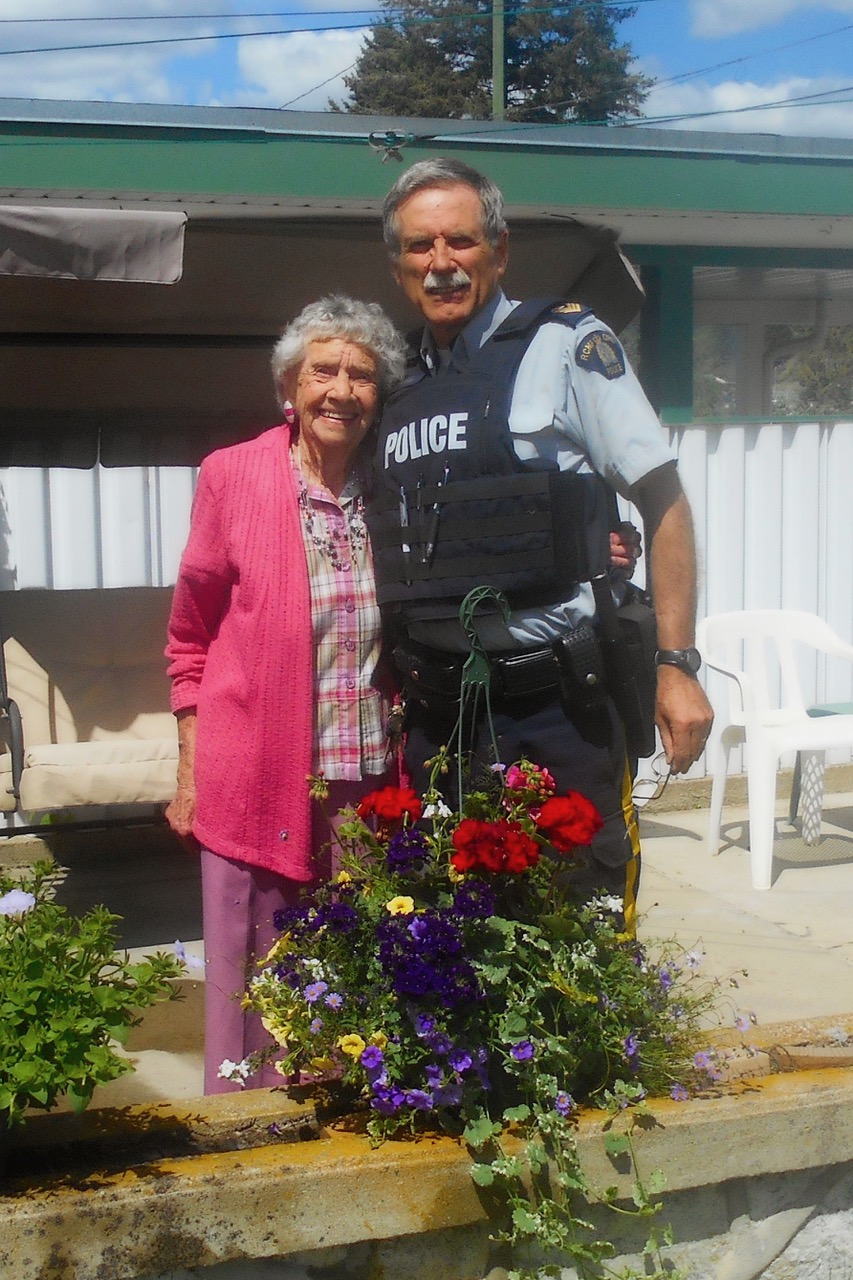 It’s wonderful that we can give back to Mrs. Watson after she volunteered so much for her community almost 20 years ago says Sgt Chris Newel Detachment Commander. Cpl Kate Bamber goes on to say, Presenting Mrs. Watson with the basket was very heart warming, she truly appreciated the gesture. 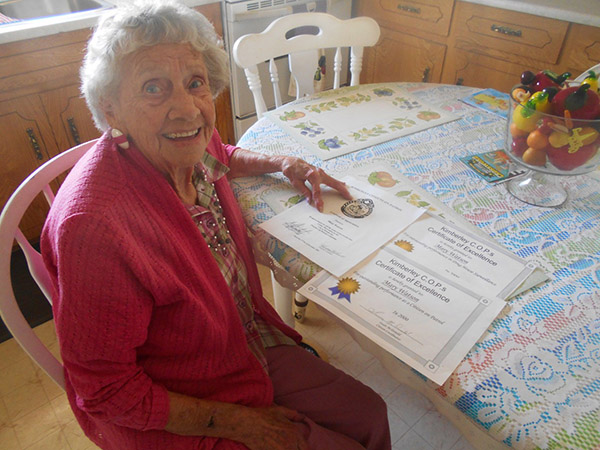