Man wanted in connection with thirteen counts of fraud

Surrey RCMP is looking for the public’s assistance to locate a man who is wanted in connection with multiple frauds.

This investigation began after Surrey RCMP Frontline officers responded to a number of reports of fraud between November 6, 2020 and December 24, 2020, where victims lost a combined total of $10,635. The frauds occurred at various financial institutions. In each occurrence, victims were approached by a man who claimed to be in dire need of money, who requested their help. Victims were asked to deposit a cheque into their account through an ATM, and to withdraw funds for the man. Days later, the victims learned that the cheques were fraudulent.

The Surrey Economic Crime Unit took conduct of the investigation and using a variety of investigative techniques, identified a suspect.

Twenty-three year old Clayton Brooks Hayden of no fixed address has been charged with 13 counts of Fraud Under $5000. A warrant has been issued for his arrest and police are asking anyone with information about his whereabouts, to call Surrey RCMP. 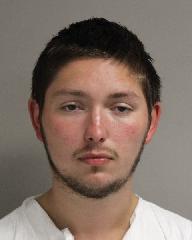 We want the public to be aware these types of fraud, says Sergeant Ryan Forbes, Surrey RCMP Economic Crime Unit. Protect yourself by never agreeing to a transaction which involves putting yourself in the role of becoming a financier to a stranger. Even though the person’s situation is presented as dire, err on the side of caution and never agree to cash a cheque on behalf of a stranger.