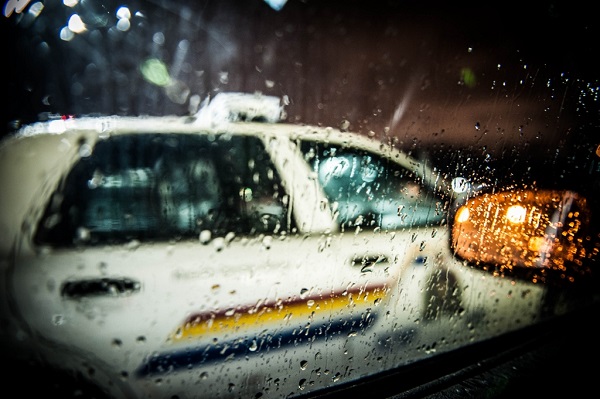 Surrey RCMP investigated two dangerous impaired driving incidents within 24-hours. One in which a man allegedly caused a collision after driving into oncoming traffic in Whalley, and another incident during which a firearm was seized, in Newton.

Shortly after 6:30 p.m. on January 25, 2021, Surrey RCMP responded to a report of a motor vehicle collision, near the intersection of 128 Street and 102 Avenue. The collision involved a grey Acura sedan that allegedly drove into oncoming traffic and crashed into a black Nissan sedan. The drivers of both vehicles sustained minor injuries.

While interacting with the driver of the Acura sedan, officers observed drug paraphernalia inside the vehicle which included a used syringe and spoon with residue, as well as suspected prescription drugs. The driver exhibited physical signs of being impaired by drugs and as such, was subsequently arrested for impaired driving. The man was issued a 24-hour notice of prohibition and later released pending further investigation.

Then, shortly before 6 p.m. on January 26, 2021, a concerned citizen reported a man and woman passed out in a running vehicle in the 8000-block of 128 Street. Upon arrival, officers found a man in the driver’s seat with a weapon in his waistband and a firearm inside the vehicle. During interactions with the driver, the officer noted signs of impairment by drugs. The driver was subsequently arrested for impaired driving and unauthorized possession of a firearm.

As the investigation progressed, the vehicle was searched and officers seized a handgun, ammunition, approximately 6 grams of suspected cocaine, and a few hundred dollars cash. Officers also located open alcohol inside the vehicle.

The man was taken into police custody and later released pending further investigation. He was also issued a 24-hour notice of prohibition and an administrative driving prohibition.

It’s concerning to see two impaired driving cases involving what we suspect is the use of hard drugs, within a 24-hour period, says Sergeant Elenore Sturko. The second case in particular had multiple elements of concern. We’re grateful to have received the report from the citizen, which ultimately led to the seizure of a dangerous weapon and had an immediate impact on public safety.