Surrey RCMP is advising the public of the arrests of two men related to multiple catalytic converter thefts in Surrey and Vancouver.

On July 15, 2019, Surrey RCMP responded to a report of a theft of a catalytic converter from a vehicle in the 12700-block of 76A Avenue. The Surrey RCMP Property Crime Target Team (PCTT) were engaged and took conduct of the investigation. On August 20th, two suspects were located and arrested in the 900-block of SW Marine Drive in Vancouver, where they were allegedly caught in the commission of a further theft. Police subsequently located three catalytic converters in the trunk of a vehicle associated to the suspects. 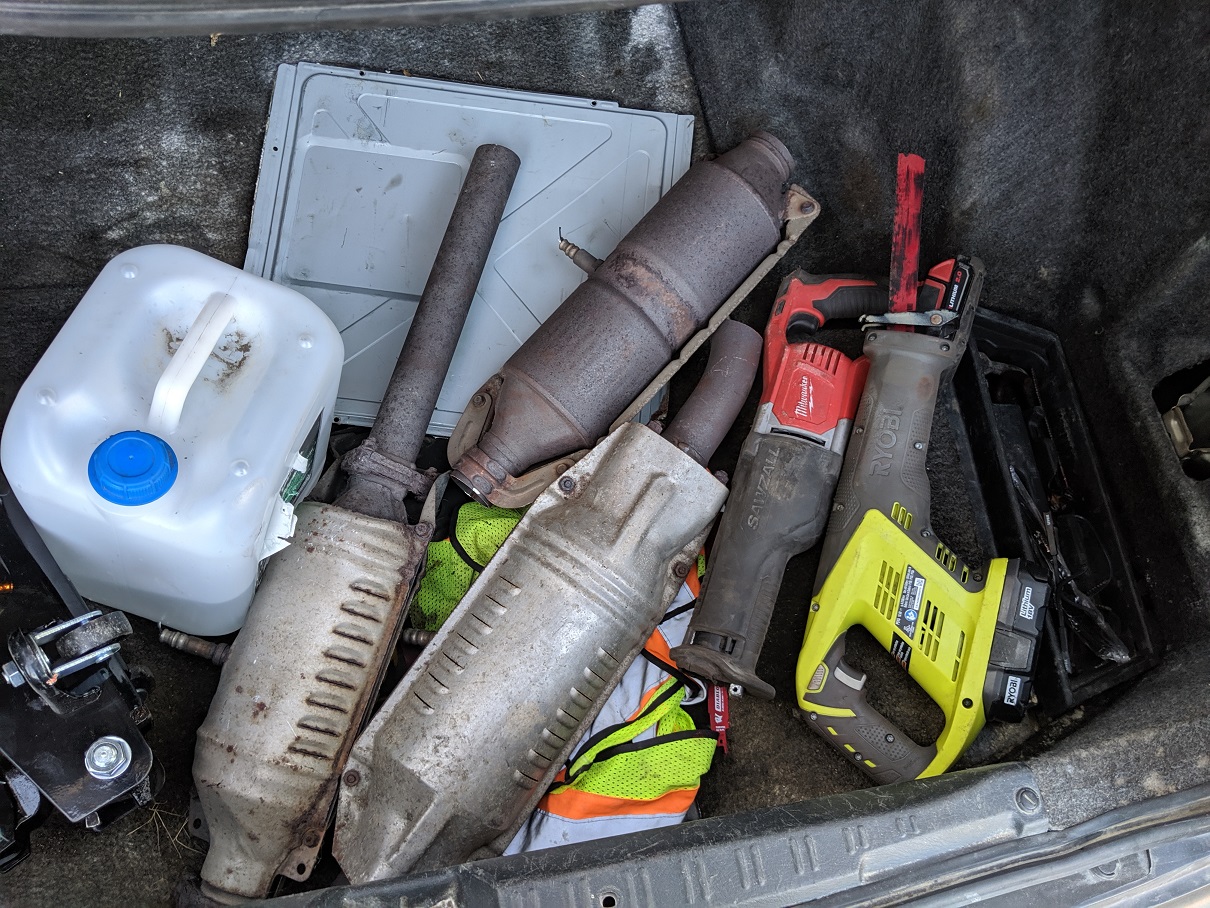 Numerous charges have been approved for Stephen Pelland, 39, and Kristopher Larson, 27, both of whom were known to police and were already facing several charges for property related offences. As a result, both were held in custody for appearance at Surrey Provincial Court on August 27, 2019. Pelland has been charged on ten counts, including Theft Under $5000, Mischief Over $5000, and Driving While Prohibited. Larson has been charged with Theft Under $5000 and Mischief.

The arrest of prolific offenders is significant as these individuals represent ongoing safety risks to the public on multiple levels, said Staff Sergeant Glenn Atkins, acting Proactive Enforcement Officer. This case highlights the excellent proactive efforts of the Surrey RCMP PCTT and the importance of the public reporting all crimes to police.

In order to protect yourself from becoming a victim of this type of crime, it is recommended that vehicle owners park in well-lit areas or in their garage, if possible.

Anyone who feels they may have been a victim of this, or a similar crime is encouraged to contact the Surrey RCMP at 604-599-0502 or, if they wish to remain anonymous, contact Crime Stoppers at 1-800-222-TIPS or go to www.solvecrime.ca.