Surrey RCMP is requesting the public’s assistance in identifying two suspects involved in a robbery that occurred in the City Centre area in May.

On May 11, 2019 at approximately 7:30pm, two male suspects entered a convenience store located in the 12000 block of 82 Avenue. One of the suspects produced a handgun and stole several items of value from the store. The suspects then ran from the scene and were last seen getting into a black 4-door sedan driven by a third male which fled eastbound on 80th Avenue. 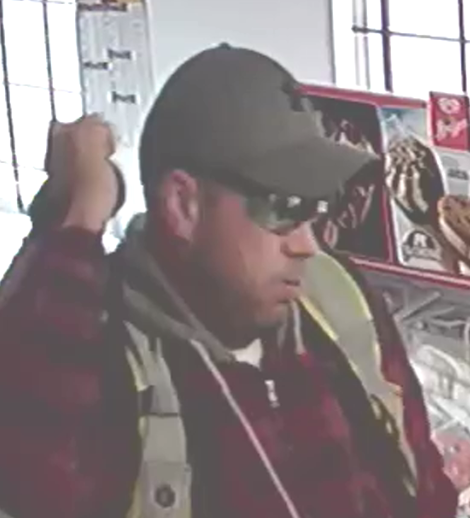 The first suspect is described as a Caucasian man in his 40’s, with a heavy build, wearing a black and yellow traffic vest, a grey Under Armour baseball cap, and sunglasses.

The second suspect is described as a dark-skinned man, approximately 25 years old, with a slim build, wearing a dark fisherman-style cap, and a white and blue striped shirt.

Surrey RCMP’s Robbery Unit is investigating this incident and is now releasing surveillance photos to the public to help identify the two suspects involved.

Anyone who can help identify the suspects or has information about this occurrence is asked to contact the Surrey RCMP at 604-599-0502, or if you wish to make an anonymous report, please contact Crime Stoppers at 1-800-222-TIPS or go to www.solvecrime.ca.